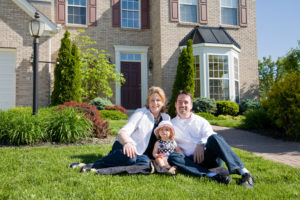 When a marriage breaks down and the couple appears headed for divorce, one of the issues the parties start to worry about is who will get what assets in the coming divorce. Who will get the house, in particular, is often a primary concern. One party may feel entitled to the marital residence while the other party doesn’t want to give up his/her financial investment in the property.  The jockeying for position with regard to the marital residence can ensure a contentious – and costly – divorce if it is not addressed early on in the process. A Murfreesboro divorce lawyer at Bennett, Michael & Hornsby explains how the marital residence is typically handled in a Tennessee divorce.

The Standard for the Division of Assets in a Tennessee Divorce

Common examples of assets that would be considered separate property for purposes of the division of property in a Tennessee divorce include:

Is the House Marital Property?

Whether the house is marital or separate property can only be determined after discussing the details with your attorney; however, the house is typically a marital asset. Even if the house was owned by one spouse prior to the marriage, it may have been converted to marital process as a result of co-mingling. In short, co-mingling refers to taking a separate asset and mixing it in with marital assets or otherwise changing the title, ownership, and/or use of the asset to the point where it appears to be a marital asset.

Can My Spouse Take the House?

A court may consider several factors when deciding how to divide marital assets, when it comes to the marital residence the most important ones are:

If there are minor children of the marriage, the parent who will be the primary residential parent typically gets the house in a divorce as long as he/she appears able to afford the home. If there are no minor children, the court could simply order the house sold with the profits to be split among the parties or the court may award the home to one party but also order the other party to compensate the party who is giving up his/her interest in the home. For example, if you have $50,000 worth of equity in the property, the court might award you the house but order you to pay $25,000 (half of the equity) to your spouse.

If you are contemplating divorce in Tennessee, it is in your best interest to consult with an experienced Murfreesboro divorce lawyer at Bennett, Michael & Hornsby as soon as possible. Contact the team today by calling 615-898-1560 to schedule your appointment.