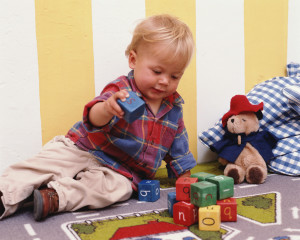 When the parents of a minor child are married and live together the issue of custody is irrelevant. If, however, the relationship dissolves, custody of the minor child must be decided during the subsequent divorce proceedings. Because the parents were married at the time of birth, the father is automatically considered to be the child’s legal father and, therefore, has legal rights to the child. Although on parent may have primary physical custody of the child, the other parent will have rights to visitation with the child and may also share joint legal custody of the child. When the parents were not married at the time of birth, however, custodial rights become more complicated.

In the State of Tennessee, the mother of a child born out of wedlock has full custodial rights to the child absent a court order to the contrary. For the father of the child, this can clearly be a problem. In order to have any custodial rights to the child, including the right to visitation with child, the father must first establish paternity. Establishing paternity means that the man is considered the child’s legal father. Paternity may be established in a number of ways, including, but not limited to:

Once paternity has been established by the court, the father becomes the child’s legal father with all of the duties and responsibilities legal fatherhood entails.

If you had a child out of wedlock and you have questions regarding your legal rights or those of the child’s father, contact an experienced Tennessee family law attorney at Bennett, Michael & Hornsby. Contact the team today by calling 615-898-1560 to schedule your appointment.

Latest posts by Dinah Michael (see all)
Previous Post Why Is It Important to Hire an Attorney after Your Motorcycle Accident in Tennessee?
Next Post Can I Leave the County While on Probation in Tennessee?