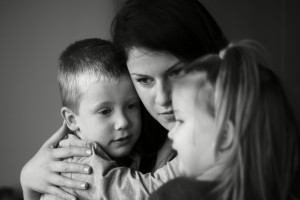 When the parents of a minor child do not live together, either because of divorce or because they were never married in the first place, primary custody of the child must be awarded to one of the parents. Though most states now shy away from actually using the term “custodial parent,” the reality is that in most cases one parent has primary physical custody of the child while the other parent enjoys “parenting time” with the child, formerly known as “visitation.” If the parents are unable to agree on who will have primary custody of the child a court must make the decision. In the State of Tennessee, there are several factors a court is allowed to consider when making custody decisions. One question parents often ask is “Is a child’s age relevant when deciding custody?”

To answer that question we must look at Tennessee Code Annotated § 36-6-106 which governs child custody decisions. According to the statute, the following factors may be considered by a court when making custody decisions:

The love, affection and emotional ties existing between the parents or caregivers and the child;

The disposition of the parents or caregivers to provide the child with food, clothing, medical care, education and other necessary care and the degree to which a parent or caregiver has been the primary caregiver;

The importance of continuity in the child’s life and the length of time the child has lived in a stable, satisfactory environment;

The stability of the family unit of the parents or caregivers;

The mental and physical health of the parents or caregivers;

The home, school and community record of the child;

Evidence of physical or emotional abuse to the child, to the other parent or to any other person.

The character and behavior of any other person who resides in or frequents the home of a parent or caregiver and the person’s interactions with the child; and

Each parent’s or caregiver’s past and potential for future performance of parenting responsibilities.

As you can see, there is no presumption that a young child should remain, or be placed with, a mother as was typically the case in the past. In fact, the only time age is even considered when deciding custody is as it relates to a child’s right to be heard in the matter. In the State of Tennessee, as in most states, a court must evaluate each parent individually without any built-in bias in favor of placing a child with his/her mother. In the end, a court must make custody decisions based on the best interests of the child.

If you foresee the need for a court to decide who will have primary custody of your child it is in your best interest to consult with the experienced Tennessee family law attorneys at Bennett, Michael & Hornsby. Contact the team today by calling 615-898-1560 to schedule your appointment.

Latest posts by Dinah Michael (see all)
Previous Post How Did I Get Charged with Meth Promotion When I Just Bought Some Cold Pills?
Next Post Do You Have to Talk to the Police When You Get Pulled Over?