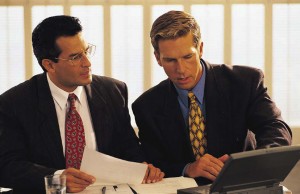 If you were convicted of a criminal offense in Tennessee, either by accepting a plea agreement or at trial, your sentence may have included a term of probation. Probation may be ordered in lieu of, or in addition to, a term of imprisonment. If you are currently on probation and you are charged with a new criminal offense you will likely be facing a probation violation along with the new prosecution. It is in your best interests at this point to consult with an experienced Tennessee criminal defense attorney; however, it may also help in the meantime to understand exactly what is likely at stake if you are on probation and get charged with a new offense in Tennessee.

People often jump at the opportunity to accept a plea agreement that calls for a probation only sentence for the simple fact that it means they are no longer facing the possibility of going to jail. While this is understandable, it often leads to significant problems down the road when a probationer doesn’t truly understand the terms that he or she agreed to and/or the penalties for violating those terms. Specifically, many probationers don’t realize that they were actually sentenced to serve a term of incarceration but that term was suspended. For example, if you were convicted of driving under the influence you might have been sentenced to serve a year in jail (11/29); however, that year may have been suspended in lieu of doing a year of probation instead after actually serving only 48 hours.

Normally, our judicial system requires an individual to be convicted of a crime before being punished; however, probationers are held to a different standard than the general public in many cases. Just because a violation is filed does not necessarily mean you will be punished immediately. Sometimes the court will take the violation under advisement and wait to see what happens to the new case, but this is fairly rare in Rutherford County.

If you find yourself in this situation though, it is imperative that you consult
with an experienced Tennessee criminal defense attorney as soon as possible. Not only must you defend the new charges to prevent another conviction but also to try and prevent being punished for a probation violation. Call 615-898-1560 to schedule your free initial consultation.