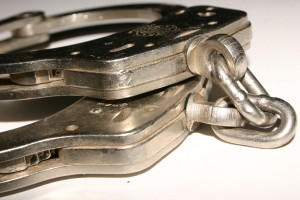 In the 21st century much of what people “know” about criminal investigations and the legal system comes from Hollywood blockbusters or weekly television shows. Some of these shows are even “reality” shows, leading viewers to believe they are seeing things the way they really work in real life. While this may be the case at times, more often than not what viewers are led to believe is either inaccurate or incomplete information. The importance of DNA evidence in a criminal prosecution, for example, is not clear in most of these shows and movies. Many of them make it seem as though DNA evidence is critical, leading to the question “Can I be arrested if the police have no DNA?”

Deoxyribonucleic acid, more commonly referred to as “DNA”, has not been around for all that long, at least not our understanding of it. In short, DNA is the master molecule of every living cell in your body. Each cell contains DNA that provides important clues to who you will ultimately become. Traits, such as blue eyes or curly hair, are passed down through the generations in your DNA. For law enforcement agencies, however, the most important aspect of DNA is that it can provide an extremely accurate identification of a perpetrator in a criminal investigation if a sample was left at a crime scene that can be compared to that of a suspect or compared to a national database of DNA samples such as the Combined DNA Index System (CODIS).

Though DNA comparison can provide a prosecutor with a significant advantage in a criminal prosecution, DNA is not required to convict an individual is any type of prosecution. Therefore, DNA evidence is also not required in order to arrest and charge a suspect in a crime. Without a doubt, it makes the prosecutor’s job much easier when DNA was left behind at the scene and that DNA is matched to a specific suspect or results in a CODIS “hit”; however, suspects were arrested, charged, and convicted long before DNA evidence was even thought of, much less used on a regular basis. Conversely, if DNA was found at the scene of a crime and it does not match yours that can be a powerful defense argument for your attorney to use if you are actually arrested and charged with the crime.

The bottom line is that traditional types of evidence (fingerprints, documents, witnesses etc.) continue to be used in the vast majority of criminal prosecutions to secure a conviction despite the discovery of the ability to use DNA as evidence. Therefore, the absence of DNA evidence should not be relied on to prevent an arrest.

If you have additional questions regarding the use of DNA evidence in a criminal prosecution you should consult with the experienced Tennessee criminal defense attorneys at Bennett, Michael & Hornsby. Contact the team today by calling 615-898-1560 to schedule your appointment.

Latest posts by Stan Bennett (see all)
Previous Post What Is Reckless Endangerment in Tennessee?
Next Post What Is Meant by Mouth Alcohol?