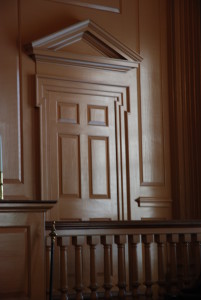 Not everyone who is convicted of a criminal offense deserves to be incarcerated as a result of that conviction. With this in mind, the criminal justice system in the United States relies heavily on alternatives to incarceration. Probation is, by far, the most commonly used of those alternatives. If you have been sentenced to probation and have complied with all the terms of your probation you likely want to know “Can I terminate my probation early in Tennessee?”

Assuming, however, that you have not violated the terms of your probation, and have instead complied with the standard and special conditions imposed by the court, you may be eligible to be released from supervision. Tennessee Code Annotated 40-35-308 gives the court the authority to release a probationer from supervision, stating in pertinent part as follows:

What does this mean? It means the judge can release you from supervision; however, the court does not have the authority under this statute to actually discharge you from the sentence imposed.

All fines, costs, and restitution are paid

All special conditions of probation have been completed

You have not violated probation in any way

You have no new charges pending anywhere

Your probation officer agrees with your release from supervision

If you believe you are a good candidate for early release from probation supervision, consult with the experienced Tennessee criminal defense attorneys at Bennett, Michael & Hornsby. Contact the team today by calling 615-898-1560 to schedule your appointment.

Latest posts by Stan Bennett (see all)
Previous Post What Is Meant by Mouth Alcohol?
Next Post How Long Can I Go to Jail for Trafficking in Tennessee?