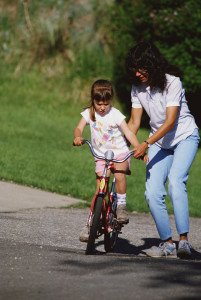 When the parents of a minor child decide to end their marriage, or otherwise decide not to live together, a Parenting Plan must be created that will help govern how the parents will raise the child. One of the many issues that is decided in the Parenting Plan is the issue of custody. If you are operating under a Tennessee Parenting Plan and you wish to modify the custodial terms found in the plan you may be wondering “ What do I have to show to change custody in Tennessee? ”

It is, however, possible to change, or modify, the custody order. It is important to note that changing the residential parenting schedule only requires you to show a “material change in circumstances affecting the child’s best interest.” This threshold is not usually difficult to get past. Actually modifying custody though requires much more.

Unless the child’s other parent agrees to the change in custody you will need to petition the court. When deciding if the current custodial order should be changed the court will first look to see if there has been a “material change in circumstances”. If so, the court will then ask the following:

If you wish to change a standing custody order in the State of Tennnessee it is in your best interest to consult with the experienced Tennessee family law atto as follows: (1a) whether the change occurred after the entry of the order sought to be modified; (1b) whether a change was not known or reasonably anticipated when the order was entered; and, (1c) whether a change is one that affects the child’s well-being in a meaningful way  at Bennett, Michael & Hornsby. Contact the team today by calling 615-898-1560 to schedule your appointment.

Latest posts by Stan Bennett (see all)
Previous Post Free Report: Drug Charges and Penalties in Tennessee
Next Post What Does It Mean to Be a Foster Parent?