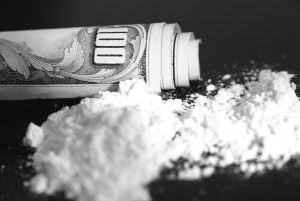 Imagine that you are stopped by the police and they find illegal drugs on you. Naturally, you are scared about the potential repercussions – and the police know that. You are not who the police really want though. They want the person who sold you the drugs, or even someone higher up in the chain of distribution. If they think you can lead them to someone more valuable, they may try to use you toward that end. What should you do if the police want you to cooperate in a drug investigation? It is a very precarious position to be in and one that cannot be taken lightly.

Although the facts may differ somewhat, the basic method used by the police to investigate drug operations remains the same. The police either target low level users or small time dealers or they happen upon them during random stops and searches. Once they identify someone who appears to have access to larger quantities of drugs they offer the suspect a “deal” – work for the police and the charges will be dropped. If you refuse to cooperate, charges for possession or dealing will be filed against you. Typically, the police will require you to participate in three or more deals before you have “worked off” your charges. Working with the police, however, can be dangerous as you should already know. Moreover, the police do not necessarily have the authority to make “deals” with a suspect. People fail to realize that the prosecuting attorney is who decides whether or not to file charges and only the prosecuting attorney can drop charges if they have already been filed. This is one of the many reasons why you should not make “deals” with the police without first consulting an experienced criminal defense attorney.

It is possible, in many cases, to work out a deal with the prosecutor and the police to cooperate with an investigation in return for having all charges against you dropped; however, a deal like that should be negotiated by your attorney, not you. Depending on the jurisdiction, the agreement may even be reduced to writing and signed by all parties so that you are assured that if you do your part you will, indeed, be cleared of all charges against you.

If you have been approached by the police and asked to participate in a drug investigation, consult with the experienced Tennessee criminal defense attorneys at Bennett, Michael & Hornsby immediately to ensure that your rights and your best interest are protected. Contact the team today by calling 615-898-1560 to schedule your appointment.

Latest posts by Dinah Michael (see all)
Previous Post Termination of Parental Rights in Tennessee – Part1
Next Post What Is a Parole Violation?