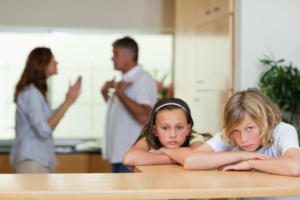 When the parents of a minor child get divorced, a wide range of issues relating to the child must be resolved during the course of the divorce. Among the most important of those are issues related to custody of the minor child. Ideally, the parents reach an amicable agreement that resolves all custody related issues. Sometimes, however, the issue of custody of a minor child is contested by the parents, either during the initial divorce or at a later date. If you find yourself facing a custody battle, you may be wondering if your child’s wishes will be taken into account. A Murfreesboro child custody lawyer from Bennett, Michael & Hornsby explains custody laws in Tennessee and your child’s right to choose.

Historically, when the parents of a minor child ended their marriage, physical custody of the minor child was awarded to the mother absent a very good reason to deny her custody. Legal custody, which referred to the right to make important decisions relating to the child, was often awarded jointly to both parents. Both the terms and the presumptions that were once used, however, are now considered antiquated. Instead, Tennessee used terms such as the “primary residential parent” and alternative residential parent are used when discussing with whom a child will live post-divorce. Furthermore, both parents are strongly encouraged to remain in the child’s life by exercising “parenting time” with the child. Finally, the law forbids presumptions based on the sex of the parent when making decisions relating to the children. In fact, all decisions relating to a minor child must be made using the “best interest of the child” standard.

Do the Wishes of a Child Matter?

When the issue of custody is contested, either during the initial divorce or as part of a request to modify down the road, a court may consider a number of factors. As the parent of the child, you may want the child’s wishes to be considered if the child is in favor of remaining with you. The law is certainly cognizant of the fact that a child may, indeed, have strong feelings on the subject of which parent becomes the primary residential parent. The law, however, must also consider the very real possibility that a parent may try and influence a child’s wishes. With that in mind, we look to Tennessee Code Section 36-6-106(7) to find out whether a court will consider the wishes of a child when the issue of custody is at stake. That section reads, in pertinent part, as follows:

(a)  In a suit for annulment, divorce, separate maintenance, or in any other proceeding requiring the court to make a custody determination regarding a minor child, the determination shall be made on the basis of the best interest of the child. The court shall consider all relevant factors, including the following, where applicable:

As a parent, deciding whether your child should testify is a different question, and not one that is easily answered. Often, your attorney can arrange for the child to be “interviewed” in the judge’s office instead of in the courtroom, making it less intimidating for your child. Nevertheless, your child may be worried about “picking sides” in the battle between his/her parents. If your child has expressed a strong desire to live with you, or to keep the living situation at it is if the other parent has requested a modification, spend some time discussing what it means to testify and the potential emotional fallout from doing so. Also, consult with your child custody attorney about the various options that may be available to ensure your child’s wishes are considered without causing irreparable trauma to your child in the process.

If you have additional questions or concerns about the wishes of a minor child when custody is being decided in Tennessee, it is in your best interests to consult with an experienced Murfreesboro child custody lawyer at Bennett, Michael & Hornsby as soon as possible. Contact the team today by calling 615-898-1560 to schedule your appointment.