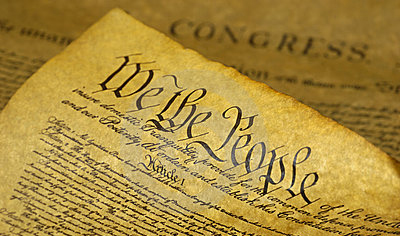 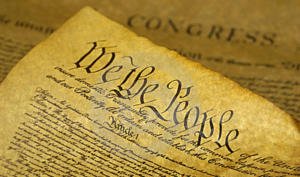 Your Constitutional Right against Unreasonable Searches and Seizures

The right to be free from unreasonable searches and seizures can be found in the Fourth Amendment to the U.S. Constitution which reads as follows:

“The right of the people to be secure in their persons, houses, papers, and effects, against unreasonable searches and seizures, shall not be violated, and no Warrants shall issue, but upon probable cause, supported by Oath or affirmation, and particularly describing the place to be searched, and the persons or things to be seized.”

The strength of the protection afforded by the 4th amendment has been watered down somewhat by the courts that have interpreted it over the years; however, it general, it stands for the concept that a law enforcement officer cannot conduct a search of your person, property, or things without first obtaining a warrant that must be based on probable cause. Probable cause, in turn, requires a logical belief, supported by facts and circumstances, that a crime has been, is being, or will be committed or that evidence of a crime will be found at the location to be searched.

Your Constitutional Right to Remain Silent

Your right to remain silent is found in the broader right against self-incrimination enumerated in the Fifth Amendment to the Constitution, which reads as follows:

“No person shall be held to answer for a capital, or otherwise infamous crime, unless on a presentment or indictment of a Grand Jury, except in cases arising in the land or naval forces, or in the Militia, when in actual service in time of War or public danger; nor shall any person be subject for the same offence to be twice put in jeopardy of life or limb; nor shall be compelled in any criminal case to be a witness against himself, nor be deprived of life, liberty, or property, without due process of law; nor shall private property be taken for public use, without just compensation.” (Emphasis added)

Your Constitutional Right to a Trial by Jury

Your right to a trial by jury is found in the 6th Amendment which reads as follows:

“In all criminal prosecutions, the accused shall enjoy the right to a speedy and public trial, by an impartial jury of the State and district wherein the crime shall have been   informed of the nature and cause of the accusation; to be confronted with the witnesses against him; to have compulsory process for obtaining witnesses in his favor, and to have the Assistance of Counsel for his defence.”

If you have been accused of a criminal offense in Tennessee, it is in your best interests to consult with an experienced Murfreesboro criminal lawyer at Bennett, Michael & Hornsby as soon as possible. Contact the team today by calling 615-898-1560 to schedule your appointment.

Latest posts by Dinah Michael (see all)
Previous Post Rutherford County Sheriff Warns Heroin on the Rise
Next Post I Missed My Meeting with My Probation Officer. What Will Happen?