If you were involved in a car accident you may have suffered physical injuries, psychological trauma, and financial hardship because of the collision. Although we commonly refer to motor vehicle collisions as car “accidents,” most are actually the result of negligence, the legal term for fault. If another party’s negligence contributed to a car accident in which you were injured, you could be entitled to 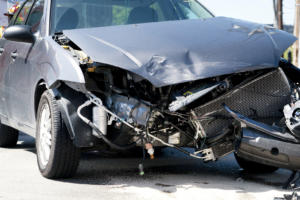 compensation. With that in mind, a Murfreesboro car accident lawyer at Bennett | Michael | Hornsby helps you understand when you might be entitled to compensation for injuries sustained in a car accident.

To be entitled to compensation for injuries sustained in a car accident, you must prove that the negligence or wrongful conduct of another party caused or contributed to the accident. Negligence is a legal term that requires you to prove:

The law has long held that a motorist operating a vehicle on a public roadway owes a duty of care to others with whom he/she shares the roadway. Common examples of ways in which a motorist might breach that duty of care include:

What Happens If More Than One Party Is at Fault?

A car accident may be caused by a complex chain of events instead of a single driver’s negligence. When that is the case, several drivers, including a victim, may share some of the blame (negligence) for the collision. In the State of Tennessee, the doctrine of comparative negligence is used when the negligence of more than one party contributed to an accident. Comparative negligence apportions the fault among the negligent parties. A victim may still recover damages if the victim was less than 51 percent at fault. The amount of compensation you are entitled to as a victim is adjusted accordingly. For example, imagine that you suffered $100,000 in damages because of a car accident and that Driver A was 50 percent at fault, Driver B was 30 percent at fault, and you were 20 percent at fault. You would be entitled to 50 percent of the damages ($50,000) from Driver A and 30 percent ($30,000) from Driver B. You would be responsible for your 20 percent ($20,000).

Compensation in a Tennessee Car Accident

Ultimately, the amount of compensation to which you are entitled in a Tennessee car accident will depend on several factors, including the value of your economic and non-economic damages, your percentage of fault (if applicable), and the strength of the evidence showing negligence on the part of the other party (or parties). The best way to determine what your car accident case is worth is to consult with an experienced car accident lawyer.

If you have questions or concerns about a car accident in Tennessee, contact a Murfreesboro car accident lawyer to discuss your options. Contact the team at Bennett | Michael | Hornsby as soon as possible by calling 615-898-1560 to schedule your free appointment.