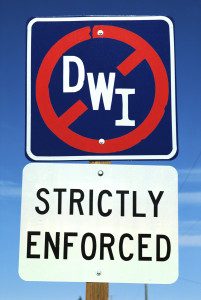 Over the last several decades most states in the United States, including the State of Tennessee, have strengthened their drunk driving laws as well as imposed tougher penalties for a conviction for driving under the influence. One tool used by law enforcement to determine if a motorist has been driving under the influence of alcohol or drugs is a chemical test. A chemical test may be a breath, blood, or urine test. Although a breath test is the most commonly used form of chemical test, a blood test may be used if the police suspect a driver is under the influence of drugs instead of, or in addition to, alcohol. If you find yourself under arrest for DUI in Tennessee you may wonder if you have to give blood if the police ask you to submit to a blood test.

Although the police cannot generally force you to submit to a blood test to check for the presence of drugs or alcohol in your system, there are consequences for refusing the test. Along with increasing the penalties for a DUI conviction, many states have also enacted an “implied consent” law that imposes consequences for refusing a chemical test if you are arrested for driving under the influence, or DUI. Tennessee’s implied consent law can be found at Tennessee Code Annotated 55-10-406, and reads as follows:

Refusing a chemical test will result in a minimum one year suspension of your driving privileges. If you have a previous refusal or were driving on a suspended license as a result of an injury accident your license suspension period may be longer than one year. In addition, your refusal may be used as evidence of your guilt should your case go to trial and, if convicted, you may be required to install an ignition interlock device on your vehicle when your suspension period terminates.

If you wish to know more about chemical tests or Tennessee’s implied consent law, or you have been arrested for DUI, you should consult with the experienced Tennessee criminal defense attorneys at Bennett, Michael & Hornsby immediately. Contact the team today by calling 615-898-1560 to schedule your appointment.

Latest posts by Stan Bennett (see all)
Previous Post Is An Attorney Needed to Litigate a Trucking Accident?
Next Post Are There Defenses Against Searches by Police Dogs?