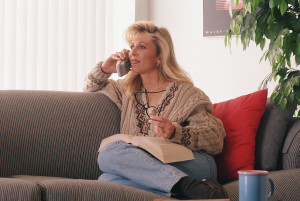 Thousands of families are created or grow every year in the United States through the process of adoption. Adoptees who were placed at birth, or at a young age, grow up with no memory of their natural birth parents. Even if an adoptee is placed in a loving home and grows up with amazing parents it is only natural for a child to wonder about his/her birth parents. The time often comes when that curiosity becomes a stronger need to know. If you were adopted and now want to learn more about your natural parents it is important to know first that you are not alone and second that there are ways to locate the answers you seek.

As an adoptee it is common to feel conflicting emotions as you get older. Loyalty and love for the parents who raised you may collide with the basic human need to know more about your birth parents and your genetic make-up. Just as members of the adoption triad have wrestled with conflicting needs and emotions, so has the law over the years. Not all that long ago the law took the position that once an adoption record was sealed it could rarely ever be opened. In effect, the law viewed the birth mother’s right to privacy as paramount, giving little regard to an adoptee’s need for answers. Over the last several decades, however, many states have revisited the issue of adoptee rights and tried to strike a balance between the rights to privacy of a birth parent and the right to access of an adoptee.

In 1999, the Tennessee Supreme Court issued a ruling in a case centered on an adoption law that should have taken effect three years earlier. The decision of the high court was that disclosure of adoption records created on or after March 16, 1951, does not impair the vested rights or violate the right to privacy under the Tennessee Constitution. For an adoptee, this means that it is possible to access records relating to the adoption if it took place after March 16, 1951. Records may be released by request through the Department of Children’s Services or by court order.

If you are an adoptee looking for information about your natural parents it is in your best interest to consult with the experienced Tennessee family law attorneys at Bennett, Michael & Hornsby to decide how best to access your adoption records. Contact the team today by calling 615-898-1560 to schedule your appointment.

Latest posts by Dinah Michael (see all)
Previous Post How Will My Jury Be Selected for My Tennessee Criminal Trial?
Next Post What Age Can a Child Decide Visitation in Tennessee?