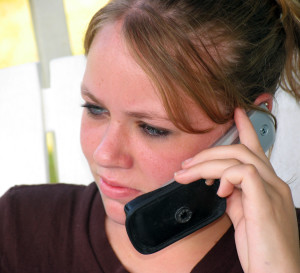 A Rutherford County woman rang in the New Year with an arrest for allegedly failing to report her true income on her application for TennCare benefits. Because this is such a common practice, a Murfreesboro criminal defense attorney at Bennett, Michael & Hornsby explains the potential repercussions of underreporting income when applying for government benefits.

According to a recent news article, a 40 year old Rutherford County woman was charged with theft of services and TennCare fraud for allegedly failing to accurately report her income in order to receive TennCare benefits.

Documents filed by the Office of Inspector General (OIG) claim that the Murfreesboro resident underreported her income to the State of Tennessee which resulted in payments being made to healthcare providers on her behalf totaling $4,159.75. Authorities claim that had the woman accurately reported her income, she would not have qualified for benefits at all.

“The Office of Inspector General is determined to catch people who try to take advantage of Tennessee’s Medicaid program,” Inspector General Kim Harmon said. “We will continue to demonstrate a proven commitment through our diligent investigation process to ensure that our taxpayer’s money is being used properly.”

The OIG, which is separate from TennCare, began full operation in February 2005 and has investigated over 5,760 criminal cases leading to more than $10.8 million ordered in restitution to TennCare.  This has helped lead to a total estimated cost avoidance of more than $163.6 million for TennCare, according to the latest figures. To date, 3,134 people have been charged with TennCare fraud. The State encourages people to report suspected fraud through the OIG Cash for Tips Program established by the Legislature. The program allows Tennesseans to get cash rewards for TennCare fraud tips that lead to convictions.

Playing with the Numbers

We don’t know all the facts and circumstances of the recent arrest; however, we do know that failing to accurately report income on applications for government assistance is hardly unusual. When times are tough, it can be tempting to fudge the numbers just enough to qualify for assistance. In fact, many people see it as a victimless crime. The government, however, doesn’t agree with that point of view. In case, you have been less than honest on an application in the past, or you are tempted to do so in the future, it is important to understand what criminal charges and penalties you could be facing.

In Tennessee, the severity of a theft charge is determined by the dollar amount of the property or services in question. If charged with theft of services, you could be charged with a Class A misdemeanor up to a Class B felony. The woman who was recently arrested and charged with theft and fraud faces two Class D felony charges. If convicted, she faces up to 24 years in prison.

If You Become the Target of an Investigation

If you are contacted about discrepancies on an application, or you have other reasons to believe you are the target of a theft/fraud investigation relating to an assistance program, do not talk to anyone without first consulting with a criminal attorney. You may have made a legitimate mistake that should not be charged as an intentional fraud; however, you are more likely to talk yourself into an arrest than out of one if you speak to the authorities without an attorney.

If you were recently arrested and charged with theft or services and/or fraud related to a state or federal assistance program, consult with a Murfreesboro criminal defense attorney at Bennett, Michael & Hornsby as soon as possible. Contact the team today by calling 615-898-1560 to schedule your appointment.

Latest posts by Dinah Michael (see all)
Previous Post What Are the Benefits of Using Medical Marijuana and CBD?
Next Post What Evidence Will I Be Able to Use in a Child Custody Battle?