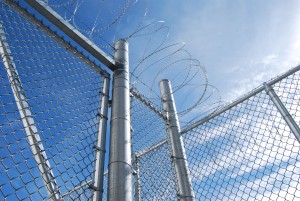 Since the “War on Drugs” began back in the 1970s both state and federal law enforcement agencies have expended considerable efforts on capturing drug smugglers and drug dealers. Lawmakers have also worked hard to increase the potential penalties for anyone who is caught dealing or smuggling drugs. If you were arrested smuggling drugs, one of your biggest concerns may be whether you will go to federal prison or state prison if you are convicted. Because no two criminal cases involve the exact same set of facts and circumstances, the only way to know what penalties you face in your specific case is to consult with an experienced Tennessee criminal defense attorney. There are, however, some common factors that may help you get a better idea of what potential penalties you face if convicted.

To understand the penalties you face it is important to first understand some basics about the criminal justice system in the United States. In the U.S. we operate under a federalist form of government, meaning we have a strong central government (the federal government) and numerous smaller semi-autonomous governments (the state governments). Both the federal government and the individual state governments have criminal codes that make things such as smuggling drugs illegal. As a result, we also have two distinct judicial systems where violations of those laws are litigated. Therefore, an offense involving drugs could be charged as a state crime or a federal crime.

A crime involving drug smuggling is something that could have both state and federal implications; however, if the amount of drugs is large enough and/or the “operation” big enough, the odds are good that it will be handled by federal law enforcement agencies. If so, you will likely be prosecuted in the federal court system. Usually, though not always, the law enforcement agency that arrested you tells you whether you will be tried in state or federal court.

If you were arrested by drug Enforcement Agency (DEA) officers you will most likely be tried in federal court. If convicted of drug smuggling in federal court there is a very good chance you will be sentenced to a period of incarceration in a federal prison. Factors that will be considered when determining your sentence may include, but are not limited to, the following:

If you have been arrested for drug smuggling in the State of Tennessee it is in your best interest to consult with the experienced Tennessee criminal defense attorneys at Bennett, Michael & Hornsby. Contact the team today by calling 615-898-1560 to schedule your appointment.

Latest posts by Dinah Michael (see all)
Previous Post Do Child Protection Workers Have a Right to Enter Your Home to Investigate a Report of Child Abuse?
Next Post Free Report: Tennessee DUI Case — What the Prosecutor Doesn’t Want You to Know