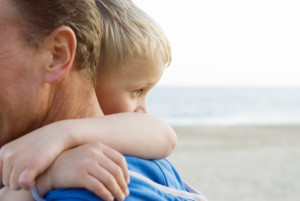 When the parents of a minor child decide to end their marriage they must legally do so through the process of divorce. During the divorce process important decisions must be made, many of those involving the minor child. For example, custody of the minor child must be decided. What many people don’t realize is that there are really two types of custody – legal and physical. Understanding the difference between physical and legal custody in Tennessee is important if you are contemplating divorce.

Most states, including Tennessee, encourage both parents of a minor child to remain an active part of the child’s life post-divorce. Parenting Plans are created to facilitate the continued presence of both parents in the child’s life after the divorce is over. Despite the push toward continued co-parenting, one parent usually has the child the majority of the time. The parent with whom the child lives most of the time, therefore, has “physical custody” of the child. “Legal custody”, on the other hand, refers to the ability to make important decisions regarding the child. For example, a parent with legal custody has the right to decide what medical treatment the child will receive, what religion the child will practice, and where the child will go to school.

If you are contemplating divorce and you are the parent of a minor child it is in your best interest to consult with the experienced Tennessee family law attorneys at Bennett, Michael & Hornsby before proceeding. Contact the team today by calling 615-898-1560 to schedule your appointment.
To learn more, please download our free Dividing Debts and Assets in a Tennessee Divorce here.