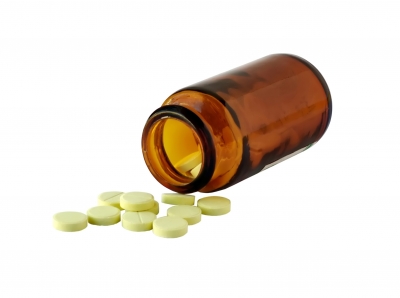 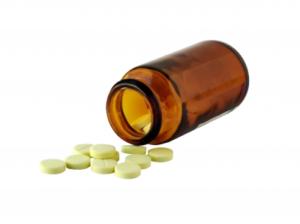 Since the “War on Drugs” began in earnest back in the 1970s, both the federal and state governments have made significant changes by enacting tougher criminal statutes related to controlled substances and by increasing the potential penalties for violating those laws. In more recent years, oxycodone has become the focus of both state and federal law enforcement agencies in response to what has been called an epidemic of addiction to opioids in general, and the prescription drug oxycodone in particular. If you (or a loved one) have been charged with trafficking oxycodone in Tennessee, you will undoubtedly want to know the penalties you face if convicted.

The Opioid Epidemic in the U.S.

When the War on Drugs began, the biggest concern for law enforcement agencies was illicit, or “street,” drugs, such as heroin, LSD, and cocaine. Unlike oxycodone, these types of controlled substances are not legitimately prescribed for anyone. In many ways, this fact made it much easier for law enforcement officers, legislators, and courts because doctors do not prescribe cocaine or heroin to patients. The fact that opioids are legally prescribed to treat chronic pain and/or for terminally ill patients adds a layer of complexity to enforcement efforts.

In the United States, we operate under a federalist form of government. This means that we have a strong central government (the federal government) as well as numerous smaller, semi-autonomous governments (the state governments). Both the federal and state governments can enact and enforce criminal laws. Consequently, there are both U.S criminal courts and state criminal courts. As a general rule, minor crimes are not investigated nor prosecuted by the federal government; however, many serious criminal offenses can be prosecuted in either federal or state court, or both. Possession of a small amount of a controlled substance, for example, is an offense that would be handled in state court. On the other hand, trafficking a controlled substance could be prosecuted in state or federal court.

At the federal level, trafficking oxycodone is governed by 21 U.S. Code § 841 which reads, in pertinent part, as follows:

(a) Except as authorized by this subchapter, it shall be unlawful for any person knowingly or intentionally —

The penalties for drug-related offenses, at the federal level, are determined, to a large part, on the quantity and the schedule of the controlled substance involved. Pursuant to the federal Controlled Substances Act, controlled substances are all categorized into schedules with Schedule I substances having no currently accepted medical use in the United States, a lack of accepted safety for use under medical supervision, and a high potential for abuse all the way down to Schedule V substances having a low potential for abuse relative to substances listed in Schedule IV and consist primarily of preparations containing limited quantities of certain narcotics.

There are no mandatory minimum sentences for trafficking oxycodone. The maximum, without additional aggravating factors, is 20 years. According to the United States Sentencing Commission (USSC), the average sentence for trafficking in oxycodone was 57 months in 2012.

In the State of Tennessee, Tennessee Code 39-17-417 governs the sale or distribution of a controlled substance, reading in pertinent part as follows:

(a)  It is an offense for a defendant to knowingly:

(3)  Sell a controlled substance; or

If convicted of selling or delivering oxycodone in Tennessee, you face a minimum of eight years and a maximum of 30 years in prison and/or a fine of up to $25,000.

At both the state and federal level, aggravating or mitigating circumstances could increase or decrease, respectively, the potential sentencing range if convicted of trafficking oxycodone.

If you have additional questions or concerns about the potential punishment you face and/or potential defense you might have to trafficking oxycodone in Tennessee, it is in your best interests to consult with an experienced Tennessee criminal defense attorney at Bennett, Michael & Hornsby as soon as possible. Contact the team today by calling 615-898-1560 to schedule your appointment.

Latest posts by Dinah Michael (see all)
Previous Post Do I Have a Wrongful Death Claim?
Next Post Teacher Among 6 Charged with Drug Conspiracy in Rutherford County