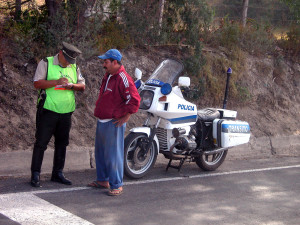 If you are like most people, looking in the rear view mirror and seeing flashing lights behind you makes you nervous. If you had a drink or two before getting behind the wheel you may be more than nervous – you may be terrified, and with good reason. In today’s day and age a conviction for driving under the influence has far reaching negative consequences. If you are pulled over on suspicion of driving under the influence, or DUI, you will likely be asked to step out of the vehicle and perform a series of “field sobriety tests.” One question you may have at that point is “Do you have the right to consult an attorney during field sobriety tests in Tennessee?”

Field sobriety tests, or FSTs, are a way for a law enforcement officer to confirm his/her suspicion that a motorist is driving under the influence of alcohol or drugs. The three “standardized” FSTs are the most commonly used FSTs. They are considered “standardized” because they have been approved by the National Highway Transportation Safety Administration, or NHTSA, and they include:

The biggest problem with FSTs is that whether or not a suspect passes or fails them is a subjective decision made by the officer conducting the tests. As you may imagine, few people actually pass field sobriety tests.

You do, however, have a right to refuse to take a FST. An officer cannot make you submit to any of the FSTs nor can he/she force you to submit to chemical test if you are ultimately arrested. There are, however, consequences for refusing either the FSTs or a chemical test. Refusing the FSTs may make it more likely that the officer will arrest you, though the truth of the matter is that he/she was likely already planning to make an arrest anyway. Refusing a chemical test will result in an automatic license suspension as well.

If you are unsure how you should respond if you are stopped for DUI and asked to perform field sobriety tests or submit to a chemical test, the time to consult with the experienced Tennessee criminal defense attorneys at Bennett, Michael & Hornsby is now, before you find yourself faced with a decision to submit or refuse. Contact the team today by calling 615-898-1560 to schedule your appointment.