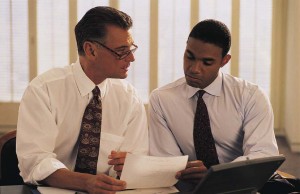 When negligence is the cause, or a contributing factor, in a death, the survivors of the decedent may be entitled to compensation for their loss in Tennessee. Of course, no amount of compensation makes up for the loss of a family member; however, if you have suffered a loss and that loss was the result of negligence, the responsible party should be held accountable. Moreover, your deceased loved one would undoubtedly want you and your surviving family members to be provided for as you would have been had the death not occurred. This, in fact, is the goal of a wrongful death lawsuit – to compensate the survivors for what they lost as a result of the decedent’s death. As such, one of the factors used to determine the value of compensation awarded to survivors in a wrongful death lawsuit is future earnings. How do courts determine future earnings?

In Tennessee, a wrongful death claim actually consists of two separate actions. The personal representative of the decedent’s estate is entitled to file a survival action on behalf of the estate for pain and suffering from the time of the accident until the death of the decedent and for actual expenses such as medical or burial bills. The survivors are also entitled to file a wrongful death lawsuit. In a wrongful death lawsuit thee survivors may be awarded both economic and non-economic damages. Economic damages are out of pocket expenses such as medical bills and lost wages. Non-economic damages are more subjective in nature and include things such as loss of love, companionship and comfort. Within the wrongful death award, the decedent’s future earnings must be calculated because they are part of the compensation due the survivors. Determining what a decedent’s future earnings would have been can be complicated, often requiring the assistance of financial experts. If a court is required to decide, some of the factors used to determine a fair “future earnings” figure include the decedent’s:

To ensure that you are fully and fairly compensated as a survivor, consult with an experienced Tennessee wrongful death attorney right away.

Latest posts by Stan Bennett (see all)
Previous Post How Much Will A Divorce Cost in Tennessee?
Next Post Can You Take the Kids Out of the Country?