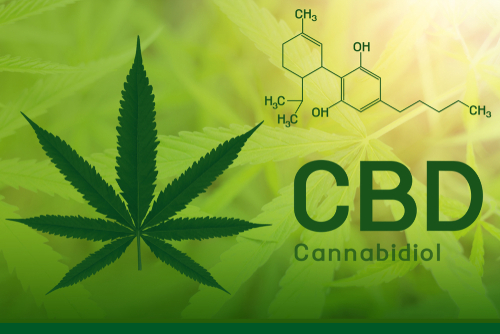 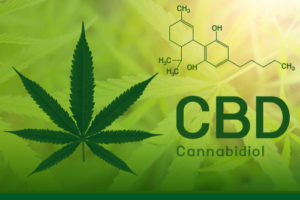 As you have likely noticed, advertisements for CBD products are popping up all over the place. Along with those advertisements are claims that CBD products can help with everything from insomnia to cancer. Before getting caught up in the efficacy of CBD, however, you may be worried about its legality. After all, it is directly related to marijuana which was illegal nationwide until very recently.  To clear up the confusion, a Murfreesboro criminal defense attorney at Bennett, Michael & Hornsby explains the legal status of CBD in Tennessee.

It seems as though CBD products appeared virtually overnight. Today, you can find CBD almost everywhere in pills, lotions, and inhalers as well as beverages and even baked goods. What is CBD though?

Short for cannabidiol, CBD, is one of many cannabinoids, or molecules produced uniquely by the cannabis family. CBD is not the same thing as tetrahydrocannabinol, commonly known as THC. The cannabis plant can produce both THC and CBD; however, CBD used in alternative medicine is typically harvested from industrial hemp plants which has very little THC.

Is It Legal to Buy CBD Products in Tennessee?

If you are new to the world of CBD, much about it can be confusing, including whether or not it’s even legal. Most people know that it is associated with marijuana in some way which understandably raises concerns about its legal status in a state that has yet to pass a marijuana reform law. Earlier this year, the Rutherford County Sheriff’s office padlocked 23 businesses and indicted 21 people for allegedly selling candy containing a derivative of the marijuana plant. Ultimately, all charges were dropped in what law enforcement officials dubbed “Operation Candy Crush.” Nevertheless, the fact that such an operation occurred in the first place is reason enough for the average person to assume that anything derived from the cannabis plant is illegal.  Fortunately for those who might benefit from CBD products, that is not the case.

Back in 2017, legislation was enacted that allowed for the cultivation of industrial hemp plants in Tennessee. That legislation paved the road for the legality of CBD. As the law stands today, CBD is legal in Tennessee as long as it is derived from industrial hemp and not from marijuana plants. That caveat, requiring CBD to be derived from hemp, is itself somewhat problematic because it is difficult to know, with certainty, the origin of the CBD found in products for sale. In fact, the reason the charges were dismissed in the Candy Crush case was because it was impossible for the prosecutor to prove whether the CBD found in the candy came from industrial hemp or marijuana plants. Because CBD is not regulated by the F.D.A., nor any other state or federal agency, there is also no oversight with regard to labeling or claims made on CBD products.

To sum up the issue, CBD is legal in Tennessee as long as it is derived from the industrial hemp plant; however, there is no way to know with 100 percent certainty exactly what ingredients are in a CBD product nor the origin of those ingredients.

In the United States, we have separate state and federal criminal justice systems and separate state and federal criminal codes. Most states mirrored their controlled substance classification systems off that found in the federal Controlled Substance Act. For decades, marijuana was classified as a Schedule I drug. Schedule I drugs are defined as “drugs with no currently accepted medical use and a high potential for abuse.”

Despite the wave of states that have legalized some or all forms of marijuana in recent years, the federal government has yet to change how marijuana is classified. What did change was how hemp is treated under federal law. The 2018 Farm Bill made hemp, and its extracts, legal as long they do not contain more than 0.03 percent THC.

If you have additional questions or concerns about the legality of CBD in Tennessee, a Murfreesboro criminal defense attorney at Bennett, Michael & Hornsby may be able to help. Contact the team today by calling 615-898-1560 to schedule your appointment.

Latest posts by Dinah Michael (see all)
Previous Post How Difficult Is It to Modify Child Custody?
Next Post How Much Does a Murfreesboro DUI Cost?