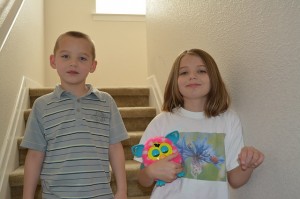 You have decided to get divorced, and have a dependent child or children. You and your spouse are having trouble coming to an agreement about decisions regarding custody and other parenting responsibilities. Consequently, a judge may have to decide the fate of you and your children’s future. There are, however, some things that you must be aware of as you go through the Tennessee custody process. Most importantly, keep in mind that the judge must act in the best interest of the child, no matter what you may request. To begin, each parent must attend a “Parenting-through-divorce” class for four hours. Your cooperation in this helps the judge determine your willingness as a parent. Next, the goal is to make a Permanent Parenting Plan (PPP) that decides the parent’s responsibilities and authority, means of dispute resolution, child support, and the children’s schedule. While one parent may be more of a primary caregiver, both parents are expected to attempt an equal sharing of responsibilities. The judge prefers parents to try and work together to create this plan, through mediation if necessary, as you and your spouse know your children and their needs the best. If successful, the plan becomes an order and all parties walk away satisfied. The only time you need to address the judge again is if changes need to be made to this order in the future. For instance, should one parent decide to move with the child, the PPP would have to be modified. This would require consent of the other parent or a return to court.   If the parents are unable to reach an amicable agreement regarding custody and visitation, a judge will ultimately have to make the decisions. Note that parenting skills, not gender, ultimately help to determine custody decisions. Concerns of the judge include:

Sometimes there are circumstances that may prevent a parent from having custody at all. These include abandonment, refusal of parenting responsibilities, physical or sexual abuse of anyone in the house, emotional or physical impairment that interfere with parenting duties, drug, alcohol, or other substance abuse, mental illness, constant arguing that affects development of the child, not allowing visitation, or a criminal conviction. In is case, the court may request an independent child custody evaluation by an appointed, experienced forensic psychologist to assess psychological damage in the child. Other times a lawyer/social worker/mental health professional called a guardian ad litem, or GAL, will be used to interview outside influences of the children to gain perspective. These testimony of one of these professionals is typically heavily relied on by a judge when making custody decisions.

It is also important to keep young children as removed from the divorce process as possible; and to be sure not to use them in any fashion to gain ground in your case as this can show self interest and hurt your case. A child is rarely used on the stand, as this can be emotionally damaging, so involving them in the process is counter productive.   Once the primary parent is identified, child support is addressed. The decisions here cannot be changed unless accomplished through the court. For instance, a parent cannot withhold payment in the event of an argument with the other parent that affects visitation. Stopping payments can put the payer in legal jeopardy; therefore, disputes should be handled via the courts if unresolvable. The number of children, the parents’ monthly combined gross incomes, and several other factors will determine who will make payments and how much. In Tennessee, the amount decided is automatically taken from the responsible parent’s paycheck and given to the other parent. This too is put into the parenting plan determined by the judge.   If you need additional information, or have specific questions or concerns, contact an experienced Tennessee divorce attorney as soon as possible.

Latest posts by Stan Bennett (see all)
Previous Post I Was Accused of Rape but She Consented. Do I Have a Defense?
Next Post What Is a Parenting Plan in Tennessee?