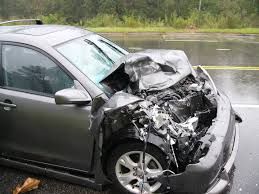 If you are injured as a result of the negligent acts or omissions of another person or entity you may be entitled to compensation for both the physical and emotional injuries you suffered. Although Tennessee laws allow a victim to pursue compensation from an at-fault party, the law also limits the time within which you must initiate the lawsuit. Known as a “statute of limitations”, these laws collectively tell victims how long they have to initiate legal action for injuries sustained as a result of the negligent conduct of another party.

Statutes of limitation apply to both criminal prosecutions and civil causes of action. On the civil side, the purpose of enacting a statute of limitations is to create fairness. While an injured plaintiff should be entitled to pursue compensation from a negligent defendant, the defendant should also be able to defend the accusations of negligence. The more time that passes after an alleged injury occurs the harder it becomes for a defendant to mount a defense because witnesses become unavailable due to relocation or death and exculpatory evidence is destroyed or lost. Tennessee, however, has relatively short statute of limitations for most personal injury actions.

In Tennessee, the statute of limitations for most personal injury lawsuits based on negligence is only one year, including:

Injuries based on a defective product, however, may be brought up to six or ten years, depending on the circumstances.

Failing to begin legal action within the time period allowed by the applicable statute of limitations means your claim is forever barred. For this reason, it is imperative that you speak to an experienced Tennessee personal injury attorney as soon as you suspect you may have a valid claim for injuries. from having to defend claims of negligence based on something that occurred so long ago that the defendant cannot adequately mount a defense.

Latest posts by Stan Bennett (see all)
Previous Post Can You Take the Kids Out of the Country?
Next Post How Do I Change A Custody/Visitation or Support Order in Tennessee?