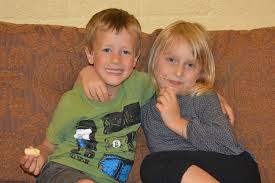 When the parents of a minor child decide to end their marriage a variety of decisions relating to the minor child must be made during the ensuing divorce process. One of the major decisions is who will have custody of the child. Custody, however, is really divided into two types – physical and legal. Understanding the difference between legal and physical custody is important if you are going through, or contemplating, a divorce in Tennessee.

Wither type of custody can be joint or sole in Tennessee. Joint physical custody, however, is not often granted because it requires the parents to have an exceptional post-divorce relationship that allows the child to move freely between the two homes. It also requires the parents to agree to continue to live close to each other after the divorce so the child can remain close to his or her school. Of course, if parents are able to do this is creates a best case scenario for the child.

Joint legal custody, on the other hand, is commonly granted because it allows both parents to participate in major decisions that affect the child. Although joint legal custody does not require the same level of cooperation that joint physical custody requires, it does require the parents to work together when making important decisions relating to the child. If the parents reach an impasse on a major decision, the court may need to intervene down the road. For example, if the parents are unable to agree on which school the child should attend it could become necessary to return to court.

Ultimately, the law in Tennessee wants to see both parents remain involved and active in a child’s life after a divorce. If you are considering divorce it is imperative that you understand the two types of custody and what they mean for your post-divorce relationship both with your child and with your ex-spouse.

If you have specific questions relating to divorce in general or custody in particular, consult an experienced Tennessee family law attorney.

Latest posts by Stan Bennett (see all)
Previous Post Why Do You Need a Lawyer If You Are the Victim of a Slip and Fall Accident?
Next Post Free Report: Constructive Possession in Tennessee Criminal Offenses