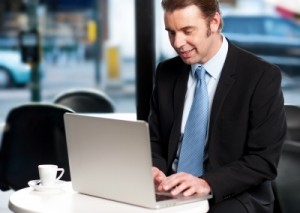 Looking in the rearview mirror while driving and seeing the flashing lights of a police car is typically not a welcome event.  If you are driving and you consumed any amount of alcohol prior to getting behind the wheel the sight of a police car pulling you over can be downright terrifying. Numerous questions will likely race through your mind. Should I admit to drinking? Am I going to jail? Do I have to take a field sobriety test if the police ask me to? While it is impossible to answer all possible questions about a hypothetical driving under the influence, or DUI, stop, it is possible to clarify your legal obligations with regard to taking a field sobriety test in Tennessee.

During a typical DUI stop the police officer will ask a driver a number of seemingly innocuous questions at the beginning of the stop. Based on the answers to those questions, the motorist’s physical appearance, and other clues that indicate intoxication, the officer may decide the motorist appears to be driving under the influence. At that point, the officer will ask the motorist to perform a series of field sobriety tests, or FSTs. If you find yourself in this situation you have the right to refuse the tests if you wish to do so. How well you perform on the tests is subjectively decided by the officer, something that should be taken into account when deciding to submit or not.

An officer may use a variety of FSTs during a DUI stop; however, the three most commonly used FSTs are referred to as “standardized field sobriety tests” because they have been approved by the National Highway Traffic Safety Administration, or NHTSA. The standardized tests include:

You have an absolute right to refuse to perform the tests and may wish to do so for a variety of reasons, including:

Although the officer may take you refusal as an indication of guilt, the officer’s suspicion is not something that amounts to evidence against you. In almost all cases, if the officer believes you are drinking and driving you will ultimately be arrested and charged regardless of your performance on the FSTs or your refusal to take them.

If you  have additional DUI related questions or concerns consult with an experienced Tennessee criminal defense attorney as soon as possible.

Latest posts by Stan Bennett (see all)
Previous Post What Is a Parenting Plan in Tennessee?
Next Post Constructive Possession in Tennessee Criminal Offenses