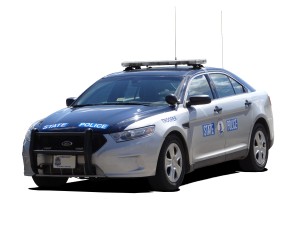 For the average motorist, looking in the rearview mirror and seeing flashing lights is, at the very least, an annoyance. Once a law enforcement officer has pulled you over, the original reason for the stop, however, could turn into something more serious. The most common example of this is when a routine traffic stop becomes a driving under the influence, or DUI, investigation. What is the best way to handle this if it happens to you? Specifically, you may be wondering “If I’m pulled over by a police officer and asked if I’ve been drinking what should I say?” Unfortunately, there is no universal answer to that question; however, a better understanding of the consequences of your possible answers might help you decide how to respond.

If you have not had anything at all to drink prior to getting behind the wheel your answer is simple enough. Just say “No officer.” On the other end of the spectrum, if you are clearly intoxicated you should not be behind the wheel to begin with, and lying about it won’t help. The most difficult scenario is if you have consumed a small quantity of alcohol (a glass or two of wine, a beer or two, or a mixed drink) but you are clearly not drunk. Do you tell the truth or keep quiet? Knowing the law helps on this one. Everyone knows the legal limit in Tennessee is 0.08 percent; however, what most people don’t know is that you can be arrested and convicted for DUI if your BAC level is below 0.08 percent. Like most states, Tennessee’s DUI law has a presumptive section (0.08%) and a general “under the influence” section, meaning you can still be guilty of DUI without a BAC level above 0.08 percent. Note section (1) of Tennessee Code 55-10-401:

With this in mind, it seems a bad idea to admit to consuming alcohol before driving your vehicle. Lying to an officer, however, is not usually a wise idea either. Often, the best route is to try and deflect or avoid the question. Instead of providing a direct answer, for example, you might try asking a question in response, such as “Why was I pulled over officer?” or “Are you writing me a ticket officer?” Although it might irritate the officer, you can also assert your 5th Amendment right against self-incrimination by saying something like “My attorney advised me to not say anything if questioned by the police” or “I choose to assert my right to remain silent officer.” The bottom line is that anything you do say can be used against you – be sure to keep that in mind when deciding how to answer the question.

If you have specific question relating to a DUI stop or arrest, consult with the experienced Tennessee criminal defense attorneys at Bennett, Michael & Hornsby. Contact the team today by calling 615-898-1560 to schedule your appointment.

Latest posts by Dinah Michael (see all)
Previous Post Can You Be Arrested If You Have a Pipe on You in Tennessee?
Next Post Free Report: Tennessee Traffic Stops: What to Expect and What Is Illegal