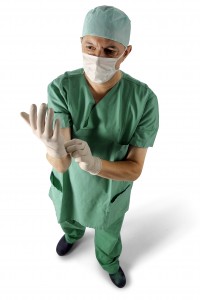 Experts now believe that medical errors are much more common than previously thought. Some estimates indicate that as many as 440,000 medical errors that result in death occur each year in the United States alone. There is no central reporting system that tracks all medical errors, making it difficult to ascertain an exact figure.

A medical error is defined as “a preventable adverse effect of care, whether or not it is evident or harmful to the patient.” Not all medical errors result in medical malpractice by many do.  Medical errors can be committed by anyone in the healthcare field. Doctors, nurses, hospitals, dentists, and nursing homes are all capable of making a medical error. Anyone involved in providing healthcare could be responsible for a medical error.

In 1999, medical mistakes were originally thought to result in about 98,000 deaths each year. This was based on a report issued by the Institute of Medicine. However, in 2010, another report, this time from the Office of the Inspector General for Health and Human Services, revealed that approximately 180,000 Medicare patients each year encountered medical errors leading to their deaths in hospitals. In 2013, another study, this time from “The Journal of Patient Safety,” noted that the number of medical errors for the general population might be more than 210,000 per year. Regardless of where the correct number lies, the number of deaths each year caused by medical errors is staggering.

The frequency of medical errors can be difficult to calculate not only because of reporting restrictions, but also because a person might experience multiple medical errors before his or her death, yet only one error is ever reported. Moreover, it is widely thought that the number of medical errors that occur in the U.S. each year is considerably higher than any current estimate simply because so many errors go undetected and, therefore, unreported.

When a medical error leads to the death of a patient, the surviving family members may have the basis for a wrongful death lawsuit. Not all medical errors are actionable; however, if the error amounts to medical negligence the survivors may be entitled to compensation for the loss of their loved one. No amount of compensation is worth losing a loved one. If negligence on the part of a healthcare worker caused, or contributed to the death, however, the responsible party should be held accountable.

If you believe you were injured because of a medical error, or you are the surviving family member of someone who was fatally injured by a medical error, consult with a Tennessee wrongful death attorney as soon as possible to discuss your legal options.

Latest posts by Stan Bennett (see all)
Previous Post Who Should Move Out of the Family Residence in a Divorce?
Next Post How Is Medical Negligence Proven?