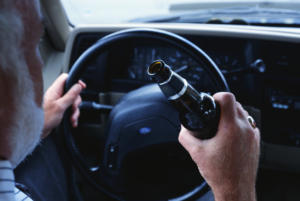 If you were recently arrested for driving under the influence, or DUI, for the first time, the odds are good that your arrest was the result of a momentary lapse in judgment.  Most first-time DUI defendants are not hardened criminals. Nonetheless, driving under the influence is a crime, and a conviction can come with serious judicial and non-judicial penalties and consequences.  With that in mind, avoiding a conviction becomes even more important. A Tennessee DUI defense attorney explains how the “Rising Alcohol Level” defense may apply in your case and, if so, help you avoid a conviction.

How Your Body Metabolizes Alcohol

The purpose of a chemical test is to determine the percentage of alcohol in your bloodstream. A breath test, which is the most commonly used chemical test, requires the individual to blow into a tube. That breath is then analyzed for the presence of alcohol in the respired breath. A complex formula is then used to provide a blood alcohol concentration (BAC) which is reported as a percentage, such as 0.12 percent. As previously mentioned, a BAC level over 0.08 percent will get you arrested and charged with DUI. If, however, your BAC level was close to the legal limit, and you consumed alcohol shortly before getting behind the wheel, the Rising Alcohol Level (RAL) defense may apply in your case.

The RAL defense is predicated on the manner in which alcohol is absorbed in your bloodstream. When you consume alcohol, it takes time for that alcohol to make its way through your body and into your bloodstream. A number of variables will influence the rate at which alcohol is absorbed by your body, including your sex, weight, the last time you ate, and any medical conditions you may have. Typically, however, it takes anywhere from 30 minutes to 90 minutes for alcohol to be fully absorbed into your bloodstream. As that alcohol is being absorbed by your body, your BAC level will slowly rise. The timing of your chemical test, therefore, can be a critical piece of the puzzle in determining whether you were, in fact, driving under the influence.

The RAL defense argues that if you consumed alcohol shortly before getting behind the wheel, your BAC was still relatively low at the time you were actually operating the vehicle; however, by the time you made it to the station and took the breath test, that level had risen to over the legal limit.  For example, assume you had a couple of glasses of wine or beers with a friend after work. You consumed that alcohol just prior to heading home. Just five minutes after getting in your vehicle and starting home you were pulled over and eventually arrested for DUI. By the time you actually took the breath test, 60 minutes had elapsed since you consumed the wine/beer. The result of that test was a BAC level of 0.09 percent.  Because it took 60 minutes before the breath test was administered, your BAC level continued to rise from the time you put down the last glass of wine or beer until you performed the test, likely peaking at its highest point right about the time of the test. In all likelihood, however, your BAC level was significantly lower at the time you were actually driving home because the alcohol had yet to be absorbed into your bloodstream. The RAL defense would argue, therefore, that your BAC level was below the legal limit of 0.08 percent at the time you were driving, meaning you are not guilty of driving under the influence.

If you were recently arrested for DUI in Tennessee, it is imperative that you consult with an experienced Tennessee DUI defense attorney to find out if the RAL defense might work in your case. Contact the team at Bennett, Michael & Hornsby as soon as possible by calling 615-898-1560 to schedule your appointment.

Latest posts by Dinah Michael (see all)
Previous Post Murfreesboro Undercover Operation Leads to Heroin Bust
Next Post Do I Need a Criminal Attorney If I Am Just a Suspect?